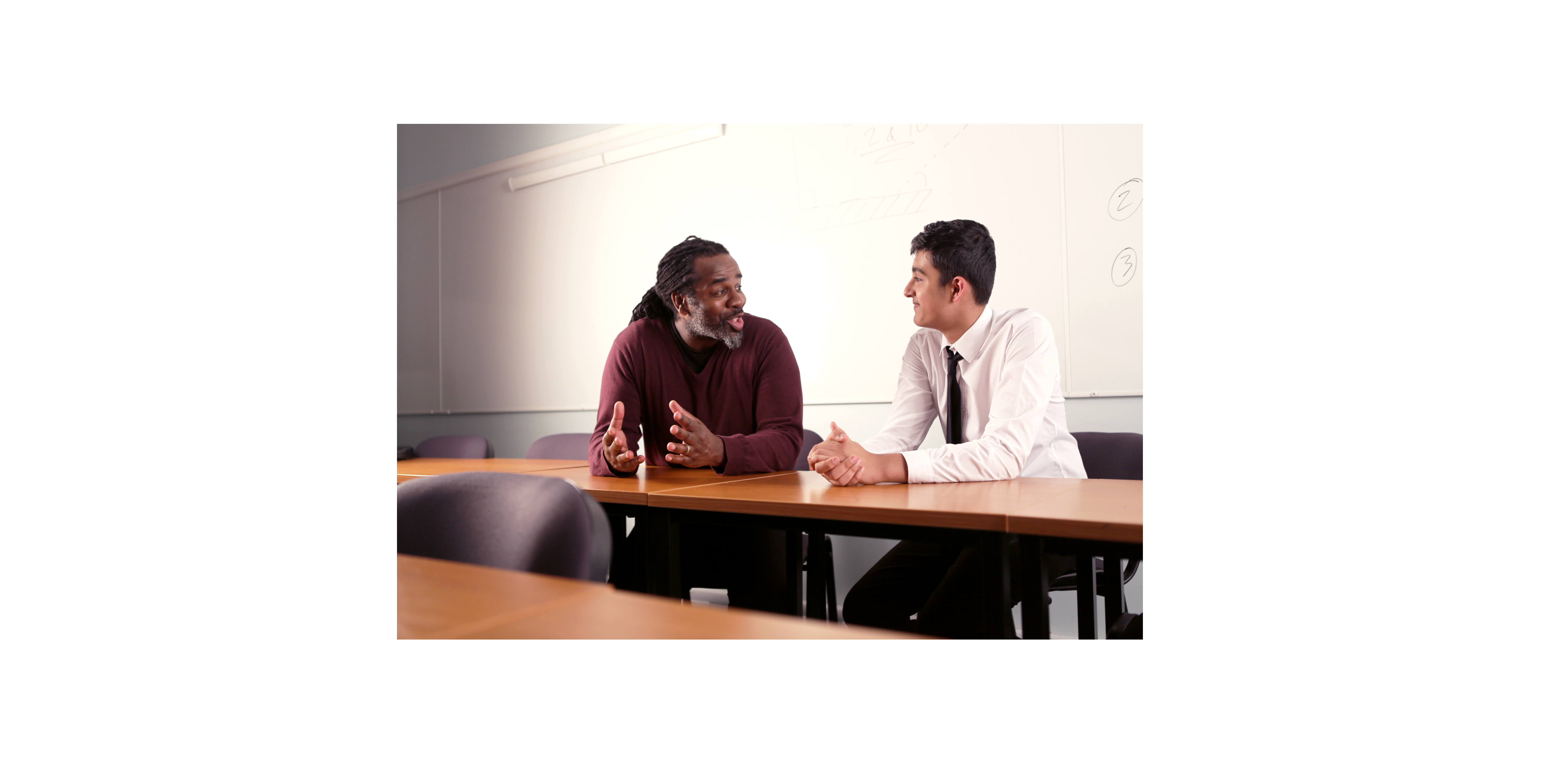 “Me?! You want ME to be your mentor?!” That was pretty much my reaction when I was approached by an individual starting out as a civil servant to become their mentor a number of years ago. I was still relatively junior in my Civil Service career, coping with a young family and trying to work out for myself where my future work ambitions lay. So what on earth could I offer to this person as a mentor? But, feeling flattered and always having being poor at saying no, I agreed! And so I found myself as an #UnexpectedMentor.

Agreeing to become a mentor was one of the best decisions I’ve ever taken. At the outset, the feeling that I was an imposter was almost overwhelming. But very quickly, my mentee and I started to have some fantastic discussions. My mentee was (and is) super-bright, and our discussions forced me to reflect on my own decision-making processes, to tease out my own thinking on choices I had made on gut instinct. It also taught me some incredibly important skills. For example, those who know me, know that I am very (too!) happy to share my views with anyone willing to listen (and those that aren’t!); mentoring taught me to shut up and listen, really listen, to my mentee. Mentoring taught me to ask the right questions to unlock the answers that my mentee was struggling to articulate for themselves. Mentoring showed me how powerful genuine empathy for others can be as a leader.

Seeing my mentee flourish, however, was by far and away the greatest reward from this first mentoring experience. When I asked my mentee what the relationship had offered, they told me it was about having someone who could act as a sounding board, who understood some of the issues and experiences with which they were now dealing, someone with whom they could test their thinking and reactions, helping them to place issues in a wider context.

Fast forward a few years and the opportunity to support HRH The Prince of Wales’ Mosaic mentoring charitable initiative came my way. Mosaic, now a thriving set of award-winning programmes in The Prince’s Trust, now delivers mentoring support to thousands of young people from deprived backgrounds to reach their potential. As Mosaic’s Managing Director, I saw day in, day out how immensely powerful the support of adults from all sorts of walks of life can be in transforming the lives of young people with huge potential but low social capital. Recently, I had the opportunity to join the celebrations for Mosaic’s 10th Anniversary and was delighted to meet up again with Ataulla Shegiwal who had been mentored in Mosaic’s first year of operation and who is now a PhD student at Warwick University! Ataulla was very clear in explaining that his academic success was down in large part to his mentor who had helped him to overcome the many barriers he had experienced as a recent immigrant to London from a very modest background

What Mosaic has managed to do is to bring young people into contact with role models who are very real and very accessible. Sports people, actors, pop stars, TV celebrities and the like can all be great role models but for too many their accomplishments are too distant from the reality of their experiences. Most of Mosaic’s many hundreds of volunteers are not quite so glamorous or high-profile, but they are much more authentic to the young people with whom they work. These individuals live near them, they work near them, and often look like them. But they have managed to make a success of their lives despite often facing very similar hurdles as the young people with whom they are now engaging. And that is why Mosaic’s volunteers make such an impact on these young people’s perceptions of what their lives might look like in the future.

As we celebrate National Mentoring Day, I am delighted to now have the opportunity to shout from the rooftops about the importance of ensuring that adults from all possible walks of life, from all backgrounds, from all careers, of all ages, faiths and ethnicities take up the opportunity of becoming a mentor. Today, The Careers & Enterprise Company launches its #UnexpectedMentor campaign to encourage more people to volunteer as a mentor to pre-GCSE young people, especially those whom — like me, all those years ago — think that mentors aren’t people like them. So my very simple message to anyone reading this is to sign up as a mentor today here. I promise you that you will thank me!